One of the last activities in Miya's school is the pre-school play. And this past year, she was really interested in being the "bida" in their class's portion of the play. Their part is Little Red Riding Hood, by the way. She said that their teacher asked them to audition for the part of Little Red Riding Hood but she didn't get the part. I told her it was okay since she will be the one to introduce their portion, so she had a solo speaking part. 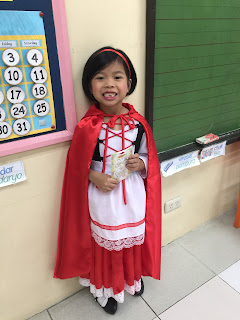 Their part was really fun and upbeat. Bagay na bagay yung dance moves nila sa kanya because she moves like that, all jumping and full of energy haha. Here's an excerpt of their play.

She had amazing fun doing their play and was really interested in doing more. So for summer I was really in the look out for theater workshop for her. Unfortunately, Trumpets schedule will not coincide with our own schedule so we had to let it go. She's doing her swimming lessons at the moment instead.

Over the weekend, we went to Kidzania (thanks to a twitter giveaway of SkyCable hehe). They have a theater there where the kids can act in a play. My officemate told me beforehand that her daughter was able to be the bida in the Kidzania play because naswertehan na she was the only kid (or with only a handful of kids) who lined up for the part. So that was my goal for the weekend hahaha. I asked Miya if she wants to get the role of Little Mermaid and she immediately said yes. I asked around where do we go to get the "actress job". We were directed to go to Star Magic. When we got there their auditions was for the Street Dance and not Little Mermaid. When I inquired they told me to come back around 4:15pm. So we went around (will blog about Kidzania on a separate post) and came back. Tamang tama no one was lining up! I don't think anyone knew but us haha! They even had to ask kids passing by if they want to participate in the play, in other words kami lang talaga sumadya don hahaha! To cut the long story short, Miya got the part - she volunteered when they asked for volunteers. After 45 minutes, it was show time! The other parents and guardians went into the theater and other people were coming in to watch as well. I got nervous for her because she might get stage fright when she sees the full theater. But lo and behold, she did great! I was super proud of her. 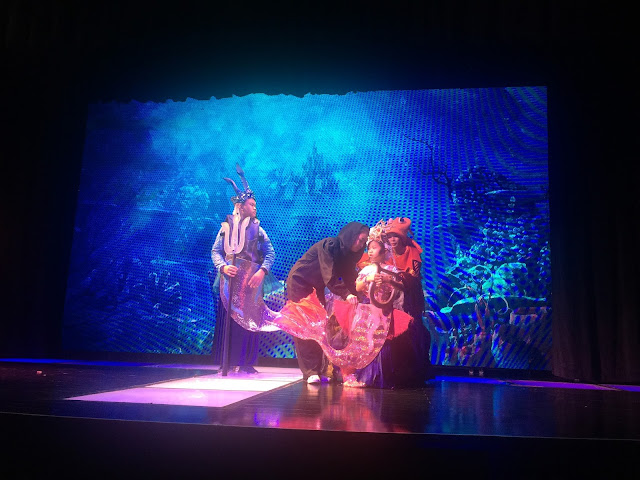 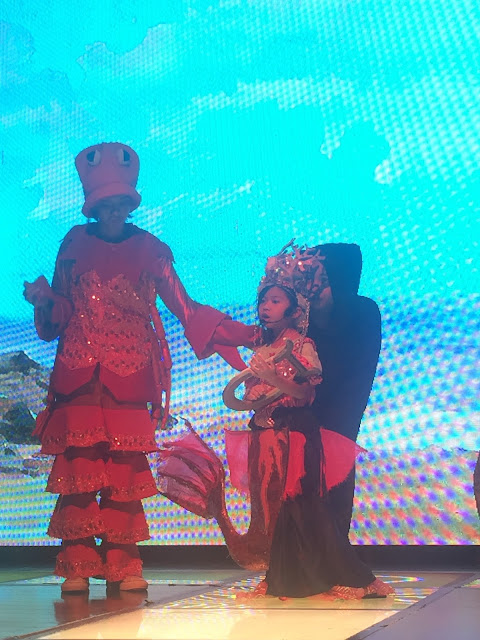 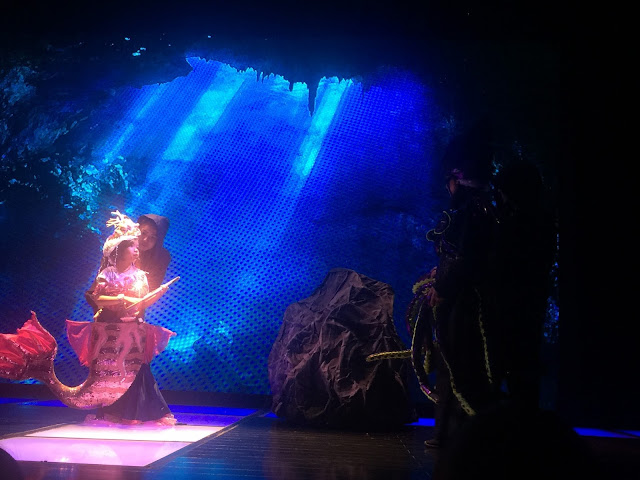 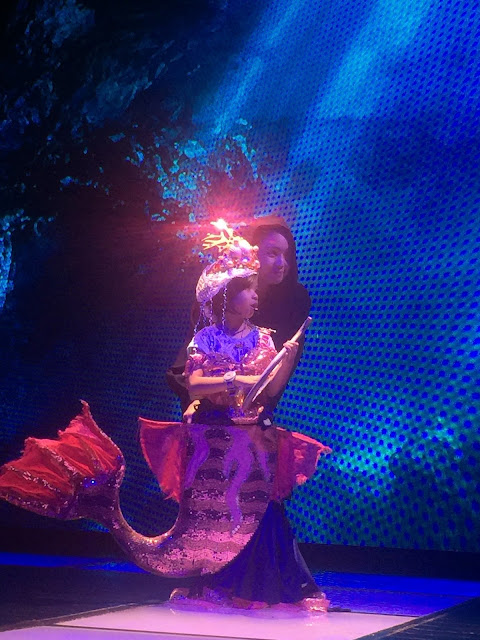 Here are some excerpts of her speaking parts. Theater crews are behind the kids to whisper their lines because of course you can't expect them to learn their lines in less than an hour.


Now, I'm again on the lookout for summer theater workshops for her. I don't want to let go of this season in her life where she's willing to go on stage and perform. I'm not one to be a stage mother for her to be an artista but I think theater is so much different than our local show business.  So I'm all for supporting her on this.

Oh I'm so proud of you, anak! I know that it's not easy to go on stage in front of a lot of people. I know that you sometimes get shy and you need a little push so I know this is so out of your comfort zone and you just really love performing that you are able to do this. I love that you are able to do that. I love that you conquer your fear and do something about it. Thank you for sharing your talents. Continue to share your God-given talent with others. Love you!

Where to Stay in Singapore: Marina Mandarin

Last September, I went on an overnight business trip to Singapore. We were there the weekend before the F1 grand prix. Okay, I knew all along that our trip was very near the race but I totally forgot when we got there. As in nawala sa isip ko na the next weekend na yung race and naka-setup na pala yung roads as early as that week. Freaking excited!!! I was so kilig when I started seeing grandstands and barriers for the race along the roads. Much more our hotel was right along the race track!!! Waaaah!!!! Hay naku should have taken advantage of the business trip and went on the race weekend itself hahaha. Just kidding! Was actually the one who told my colleague not to on the race weekend itself as hotel rates and plane fare are surely to be higher than usual. So anyway, here are photos of my room from Marina Mandarin. 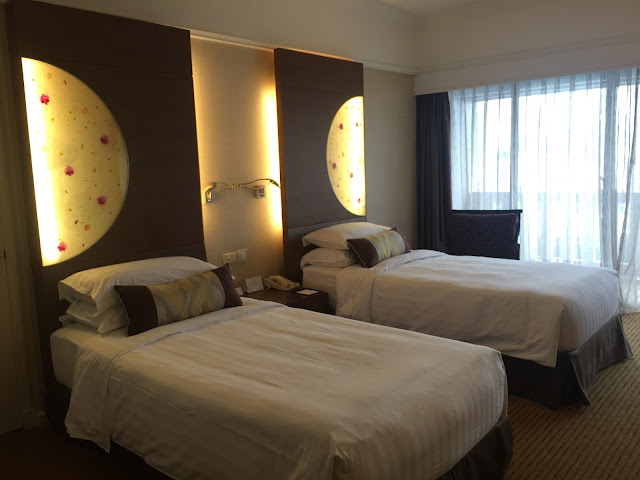 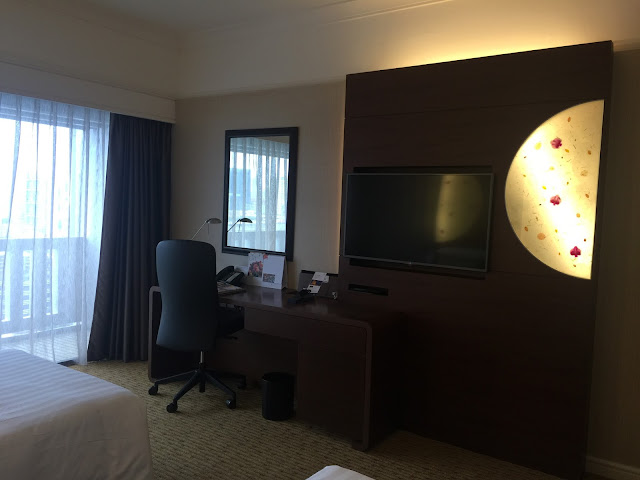 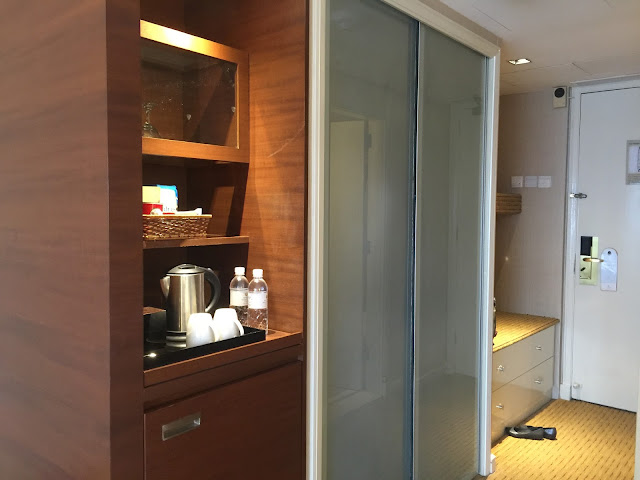 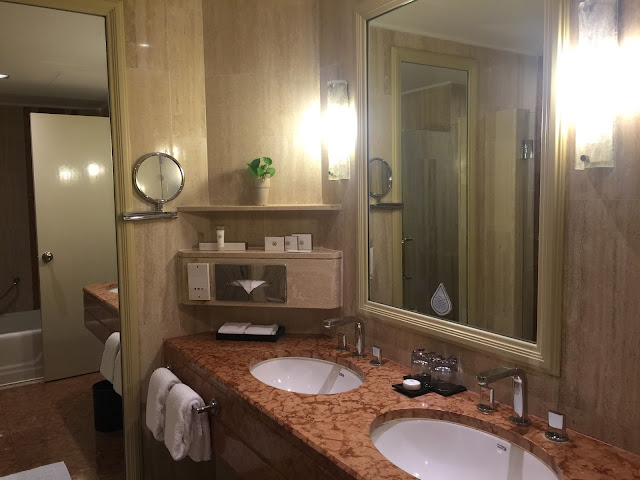 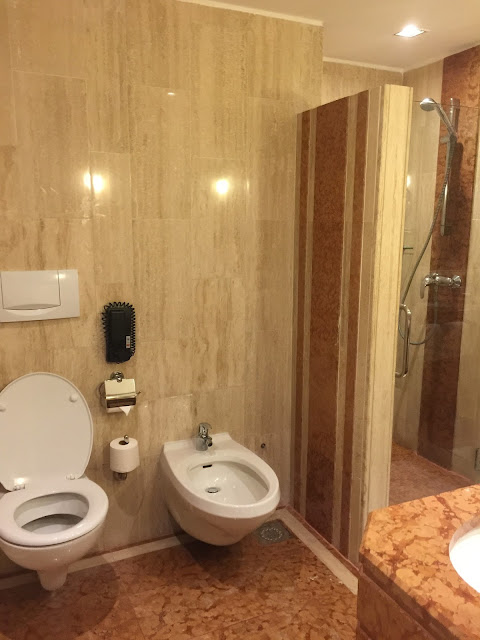 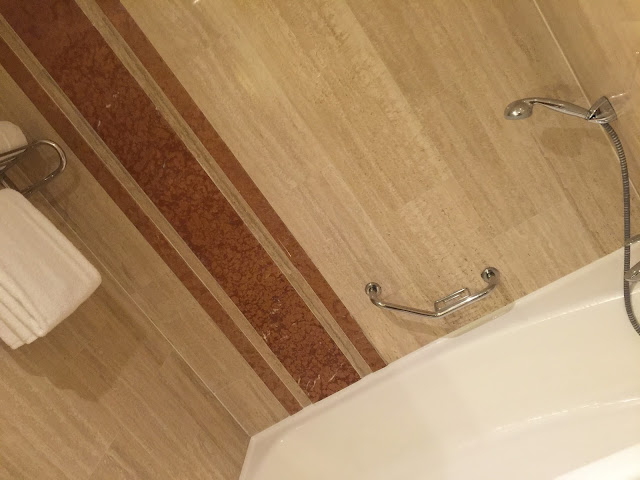 My room's view was not ideal if you're there to watch the grand prix as it was facing the pool and not the race track. But I was able to do a walk-about on the parts of the race track around the hotel.

But first this is me freaking out on the cab on the way to our hotel hahaha! 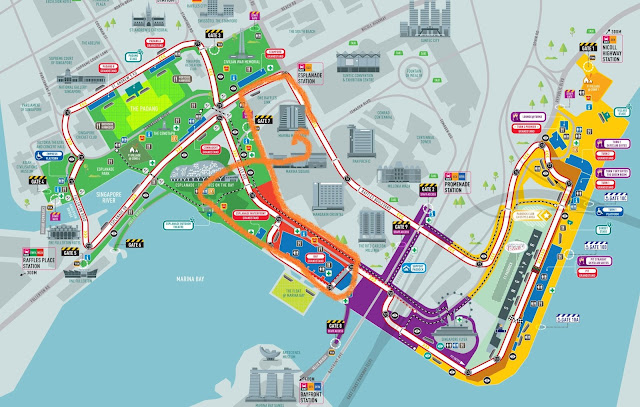 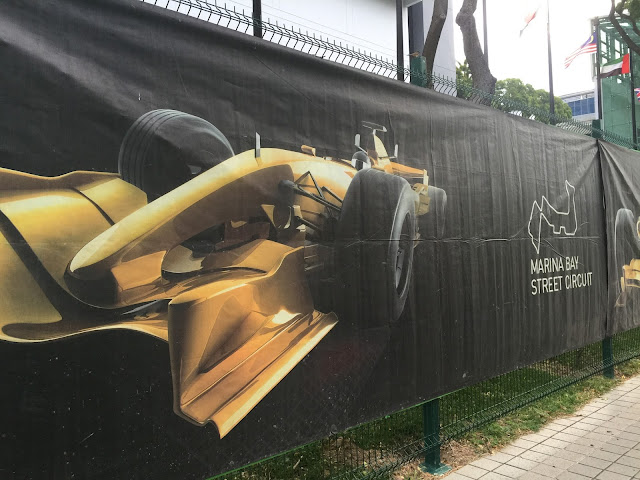 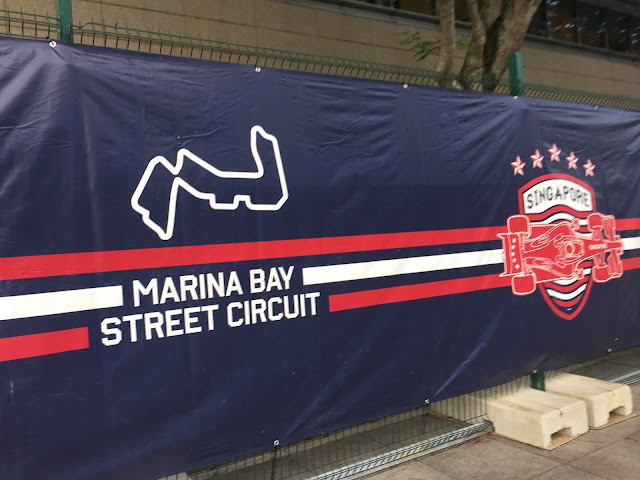 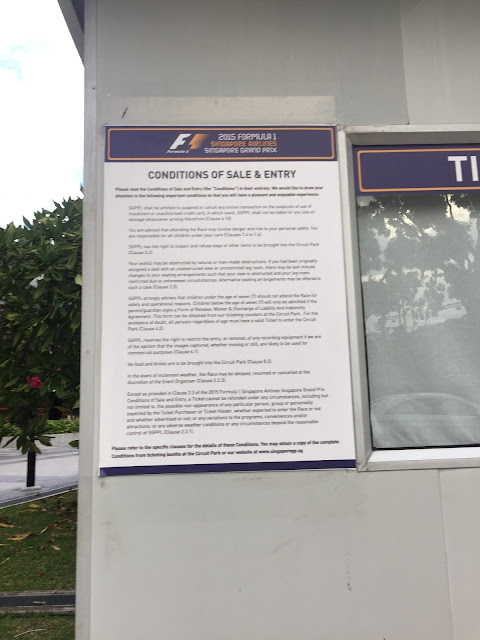 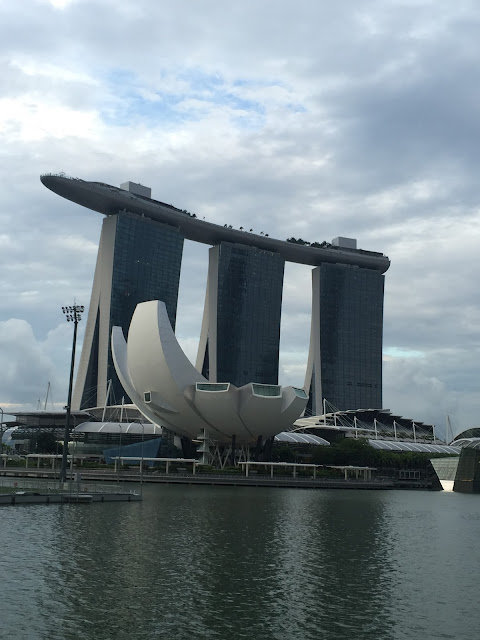