A few weeks ago our family went to Hong Kong. This is a milestone for us as it's our first time to travel as a family of five, it's Javi and Nina's first plane ride, it's also their first out of the country trip. We travelled with my parents and my brother for this trip. Suffice it to say, we were all excited!


I was hoping the kids would sleep during the flight but Nina did not sleep a wink! Miya and I switched seats so she could look outside the window. Miya fell asleep after takeoff, Javi also slept during the flight but I heard him cry a bit (his ears hurt, I think) but he was okay again after we landed. 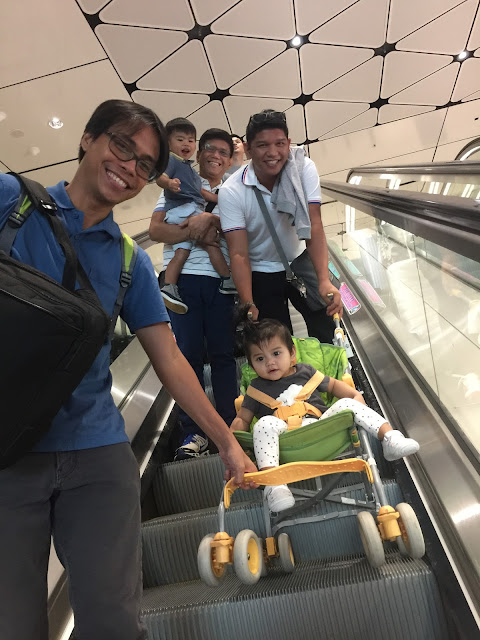 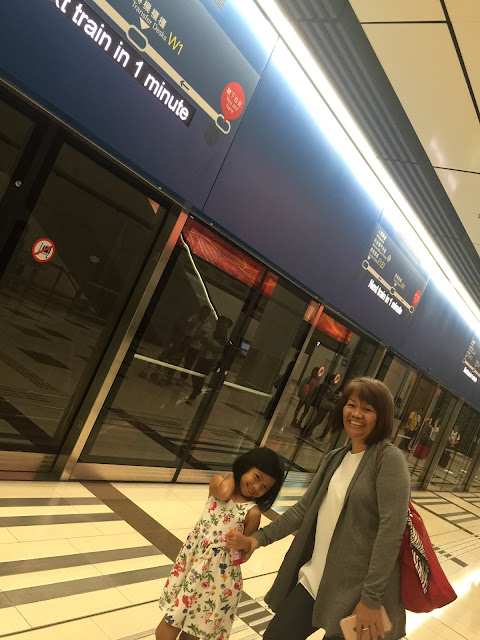 I lost P1,000 at the money exchange counter! Grrr! I exchanged an x amount of Pesos to HKD when I absent-mindedly put a thousand pesos on the counter. And then I left it there! Hay naku! Joema told me to forget about it and not let it spoil our vacation. So I did. 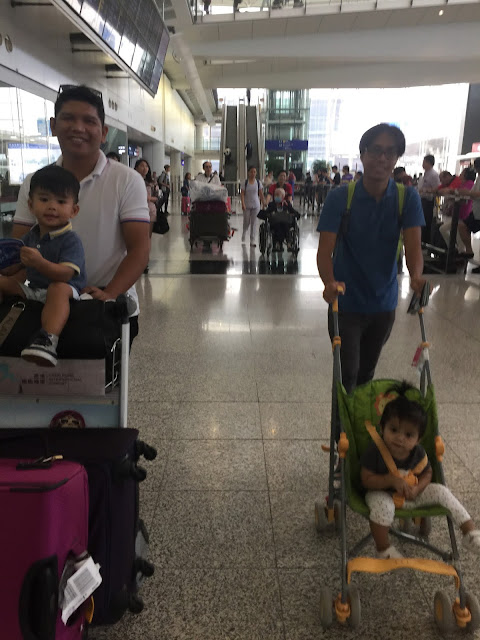 We were brave because we took the Airport Express and transferred trains in the MTR instead of taking the taxi from airport to our hotel hahaha! 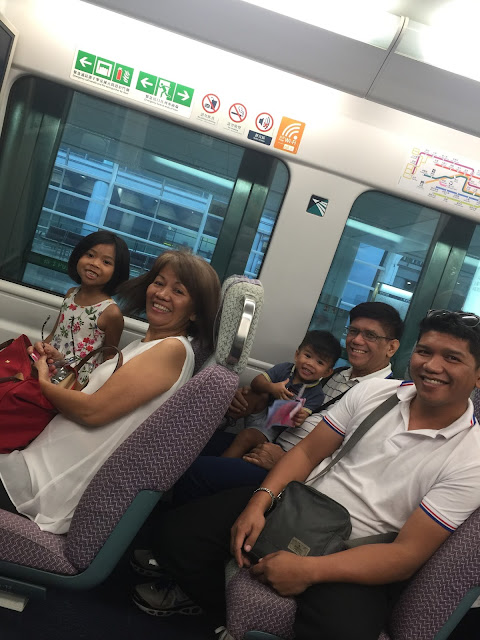 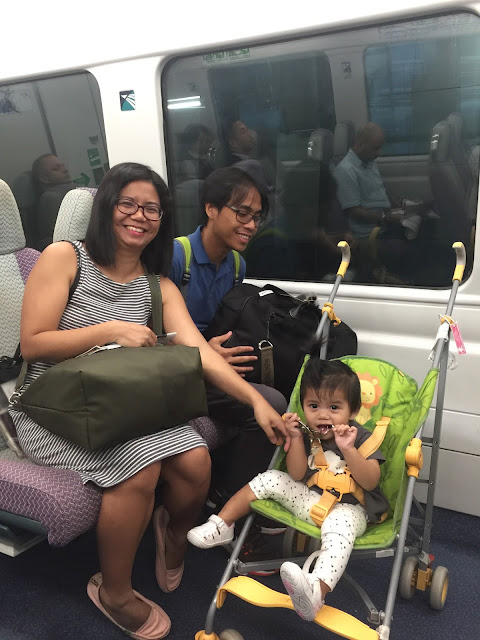 Good thing our hotel was just a few meters away from Prince Edward MTR station. When we got to our room, I put Nina down and told the kids, "Okay, go wild!" and they did! 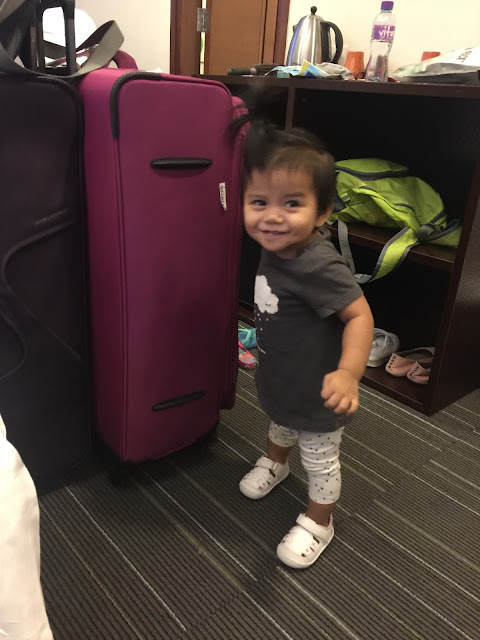 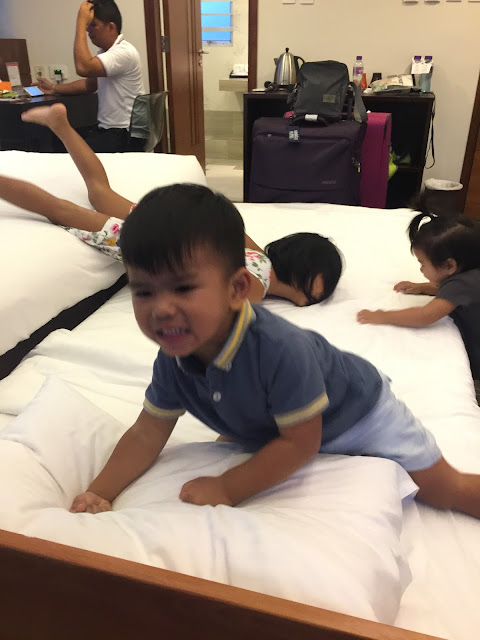 Nina, Joema and I stayed behind while the rest of the family went out to eat dinner. When they got back, Joema and I ventured out. We ate at an authentic HK restaurant, the owner didn't speak English, but unfortunately we ate a so-so dinner for almost HK150 (that's almost a thousand pesos!).

Where to Stay in Hong Kong: Le Prabelle

Stayed at this hotel in our recent trip to Hong Kong with the whole family. And I fell in love with this hotel. The room was big and big windows unlike other HK hotels. Our toiletries and complimentary water were replenished everyday. We were very near the Prince Edward MTR station, there's a 7-11 downstairs and a Watsons around the corner. You can choose from a line of restaurants just across the other streeet. Super duper convenient for our big group. I booked our room via Agoda. Our room had two king sized beds and we paid for an extra bed for my brother. The room has 1.5 baths - one full bath and a powder room with a toilet which worked well with us.

Sorry all my photos have my family lying or lounging in the room because we were all tired from the transfer of trains from airport to hotel haha!

Email ThisBlogThis!Share to TwitterShare to FacebookShare to Pinterest
Labels: hong kong, where to stay

I got the call yesterday. Miya passed the UPKAT but her scored tied with 12 other kids and there were only 6 slots left. As approved by UP's Board of Regents, the tie will be broken by drawing lots. The lady on the other end of the line told me to send a representative. Akala ko naman all the while parang raffle like the one they did sa UP-FLCD, may tambyolo. When we got there it was a different story. But let's backtrack a little bit, when I got the call I was at the pedia's clinic with Nina (she's been sick for a week! ugh!) so I immediately called Joma to tell him about the good news and to tell him as well that he needs to go at 9am the following day (today) to UP for the raffle. I also text brigaded our family and friends to continue praying for Miya for the raffle. When we got home, he told me that I better go with him. May paniniwala syang mas maswerte ako sa raffle and he's not that lucky hehe. He has never won anything in his life. Samantalang ako I win once in a while especially giveaways online hehehe. Also last night, I told Miya to pray the she gets in to UP. She said ayaw daw nya, she likes the other school that she was supposed to transfer to. I asked her why, sabi nya "because it's English there" hahahaha! My gosh 'tong batang to.

We were at UP by 8am, one hour early. When we got inside the room where the raffle will be held, the assistant principal told us how we will go about the raffle. So instead of doing it tambyolo style, there will be 13 papers for each of the candidates with 6 "Congratulation"s and 7 "Sorry"s. We will pick our papers all at the same time as the probability of getting a "congratulations" diminishes when we do it one after the other. Hay naku! Before I continue my story on the raffle, hindi pa tapos yung kwento ni Miya and the other school. Moments before we picked the papers, she whispered to me that she likes the other school better and she was a bit whining why she had to be there. Hay naku! I told her if she's going to be negative about it then it's better if she goes out of the room because I don't want her nagative vibe. I told her that UP will prepare her better to be an astronaut. I told her that this was the best school in the Philippines and she will be one of the best students in the Philippines if she gets in. I told her that she will have boy classmates there, but she told me she likes girl classmates better (haha buti naman). The clincher I think is when I told her that she will have two extra months vacation when she gets in to UP hahaha! I don't know how I convinced her basta before the actual bunutan she was finally okay. I was actually surprised that I was calm while talking to her about it. I just didn't want any negative vibes before the draw-lots. To continue with the story of the draw-lots, there was a small rectangular desk where they put the papers around, and each representative for the child went around the desk to pick.  Buti na lang the kid beside me got the paper I was supposed to get, so I picked another one near us rin. Then I turned and walked towards Joma and Miya, and opened the paper and gave a small shriek and small hop when I read "Congratulations". Eeek! We got in! 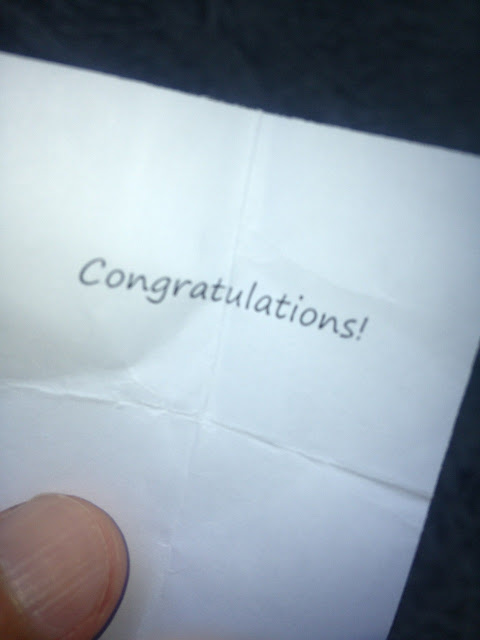 Sabi ni Joma, all the stars were aligning in our favor kasi out of all the 6 congratulations, I was the only one on our side of the room. Halos lahat ng nakuha nasa kabilang side. And no one reached out to the other end of the desk to get a paper, talagang almost everyone reached for the paper nearest us. Hay naku talaga! Thank you, Lord! We really asked for prayers from our family and friends. We stormed the heavens with prayers for Miya. Thank you, thank you! I'm still on a high from this morning's events. Imagine, out of hundreds of kids (maybe even thousands?) they only got 100 students, 60 of that are UP dependents while 40 are non-UP dependents. We belong to the 40. Waaaahhh!!!! Thank you, Lord, talaga! 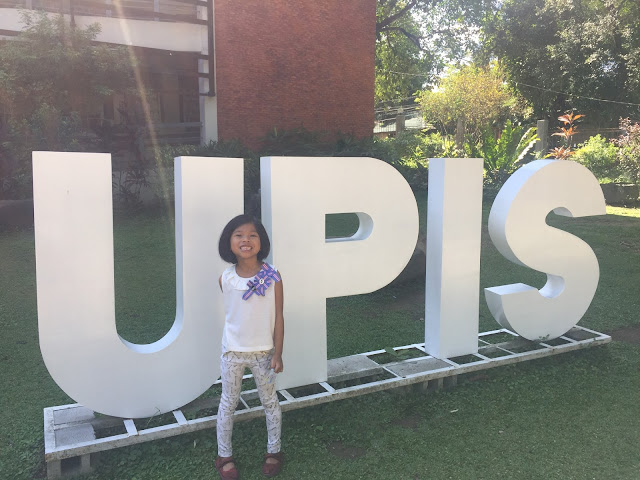