The moment Reyna, my college friend and Javi's Ninang, posted on FB that she has a boyfriend, I immediately messaged her to have Javi as bearer on her wedding LOL! Kumbaga sa wedding, shotgun wedding! Nyahahaha! But really, I was super happy for her (and also I want Javi to be a bearer hehehe).

Weeks before her wedding, Javi had anxiety in going to school so I had to delay telling him that he will be coin bearer in his Ninang's wedding. We really waited after his Moving Up Day to let him know because I don't want him to get stressed about two things at once. Javi is a worrier, and at times I can't predict his reaction to things even if we prepare him beforehand. The wedding was yesterday, and we were only able to practice his walking the Saturday before. We also told him we will give him a reward if he walks by himself (Paw Patrol toy, he requested). Yesterday, we arrived early at the reception so that we can practice walking at the actual aisle.


Unfortunately, he didn't want to practice :( I tried to convince him, and gave him a Kinder egg to encourage  bribe him but he still wouldn't budge. BUT during the actual processional, when he held the pillow I was able to leave him in the entourage line. I kept on reminding him that he wouldn't get his toy if won't walk by himself. He was so overwhelmed with the experience, he started to cry. Watch the video. 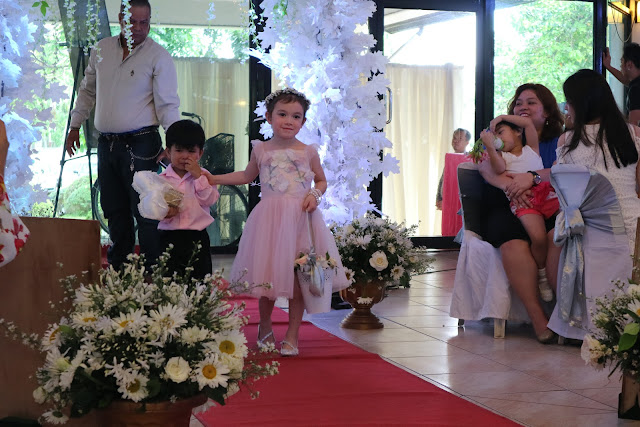 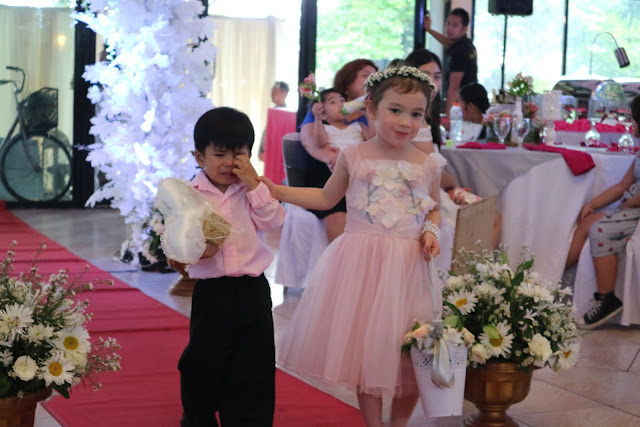 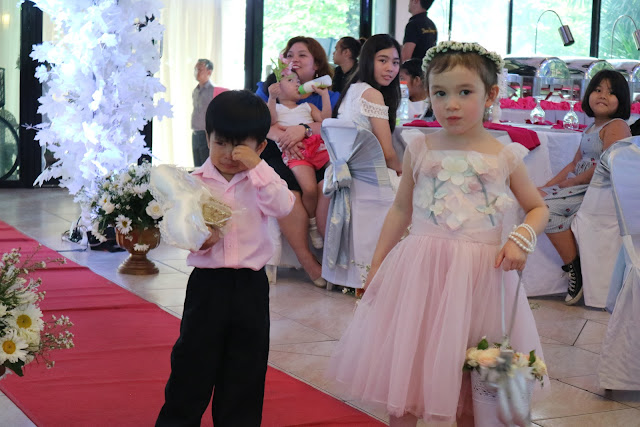 Half-way through, when he stopped I held his hand and walked side-by-side with him until he reached the end of the aisle. Oh my boy!

During the wedding rites, I gave him his chocolate to make him feel better.

During the picture taking with the newly weds, he didn't want to go as well with the entire entourage. I brought him to the front but he didn't want to let go of my hand. He was about to cry coz I kept telling him he will not get his toy if he doesn't want to have his picture taken hehehe. Finally, when it was time for Mommy and Daddy to have photos with the newly weds, he happily went with us. So during the reception, he insisted to get his toy ahahaha! We gave him his toy and got his most wonderful and happy smile. Hay anak! Ahahaha! 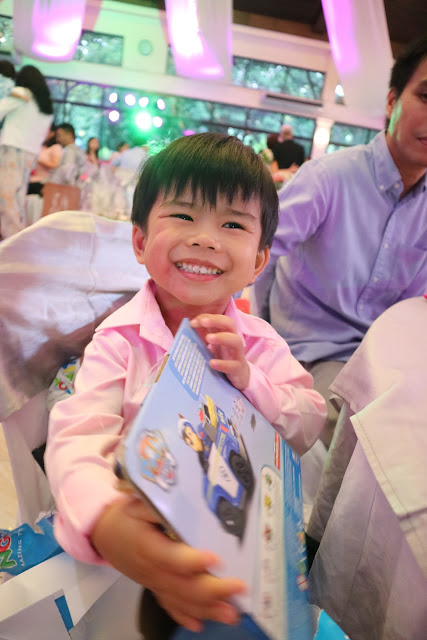 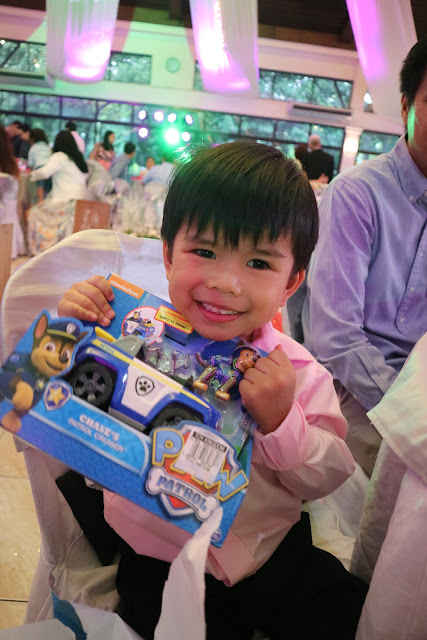 Sorry if yesterday was a stressful day for you. I know you really wanted to walk on your own and you tried. I know you were overwhelmed with what's happening that's why you cried. When we asked you why you cried, you said "Ayaw ko kasi mag-practice" hahaha! That was already game time, anak! But that's okay. I saw that you tried your very best and mustered enough courage to face all those strange people to walk on your own. We wished we have given you enough time to prepare for this. Mommy and Daddy are very proud of you. We love you!