I finally enrolled Miya again in Gymboree. I was planning to enroll her in Music class again but when I found out Gymboree offers Learning Lab -  a preparatory class for pre-school, I immediately decided to enroll her on this one. You see, I want to enroll Miya in school already by June this year because she will be two and a half by then. But Joema was adamant that it’s still too early for her. In a way, this is a compromise since she still gets to school but not everyday only once a week.

Her first class was not a success, I must say. She kept on walking around the room and didn’t want to sit still to listen to her teacher. At the end of the class I asked her teacher if that’s okay. She said most kids are like that on the first day because they are not familiar with the surrounding. Although she said it might also be because Miya’s too young to participate in class and she has short attention span. She also noted that Miya seems to really want to learn and she participates when she wants to. She told me to try again the next week and we’ll see from there. When I enrolled Miya, this was also a concern I told the lady in charge. She also said the same thing that the teacher will evaluate if the child can continue with the classes or we should transfer her to another class – Music or Play or their other classes whichever I prefer.

The next week, she was mostly seated all throughout the class (I think  this time there were 4 students). She only started getting bored when it was reading time. She started learning the routine after weeks of going to the class. We are now on our fifth week this coming Saturday. And I’m happy to say that she’s now more engaged in the class. She sings along now, she does what the teacher says, she answers when asked, she even eats the cookies during reading class.

The flow of the class goes like this: they sing hello to everyone and then Leap (frog who sings the alphabet song) is introduced to the kids. And then the teacher asks about the letter they studied the previous week and then a new letter is introduced and how it’s pronounced. Then the kids are taught how to write the letter and one by one they are asked to trace it on a big letter. The teacher then brings out different photos for the kids, each object in the photos start with the letter of the week. Afterwards, it was clay time where they use clay to trace the letter.

After washing their hands, it’s reading time! Each kid is given cookies to eat while teacher reads them a book. After reading, it’s art time. This last activity is usually varied, they can glue papers to the letter or paint the letter but it always involves the letter of the week (of course).

Then it’s their goodbye song. After that, the kids line up to the teacher for their stamps. Miya always gets five stamps. She asks for stamps for her hands, her foot and her tummy hehehe. She's always so proud of her stamps especially the one in her tummy.

After class, it’s playtime...until the next Play class starts.

I plan to enroll her in Play class. I’m just trying to figure out if she can do two classes in a row. Because usually after LL and then playing for a bit in the play area, she falls asleep immediate when we get home or during the ride home. So I’m still undecided if we should enroll her in Play or Music class in conjunction with LL. Or we can wait for her LL class to end (I only enrolled her for 12 session) and enroll her in a different class. But I really think LL is good for her, to prepare her for school. We’ll see.

UPDATED: Here are photos of the classroom: 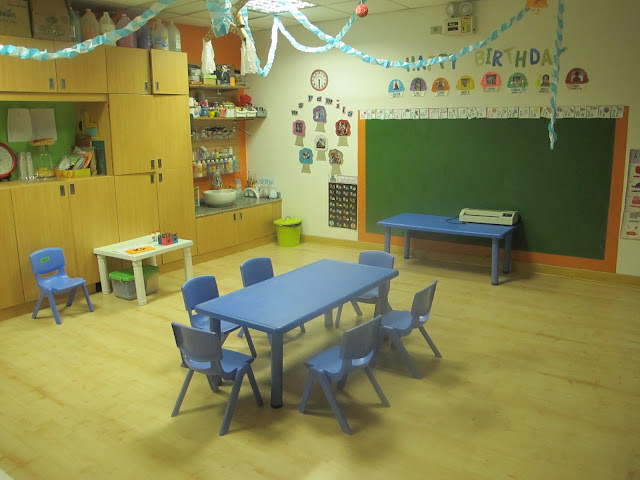 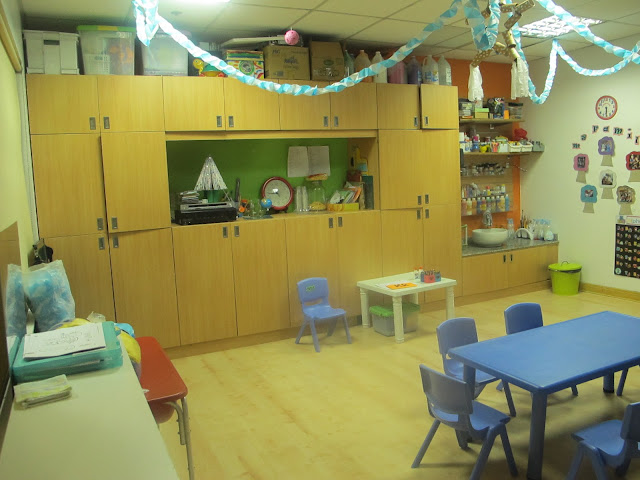 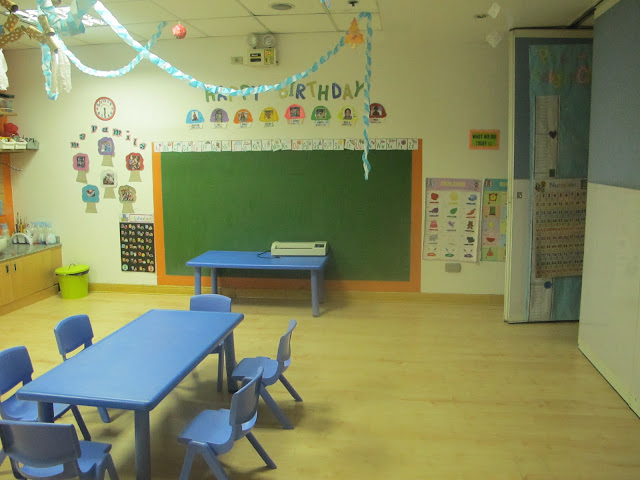